But we will unite, for love, tolerance and multiculturalism.

Several blows have shocked the world in the last few weeks, starting with the horrifying shootings in an Orlando gay club killing at least 49 people.

A few weeks later, on a very different scale but not less depressing,  51.9 % of the UK voted to leave the EU. However, 73% of the under 24-year-old voted to remain [1]. The young generation will have to face the consequences of leaving the EU for the longest period of time, yet they feel like Brexit has been imposed on them.

Londoners felt sad, scared and cynical after the series of episodes targeting coexistence and tolerance. But an event like the Pride in London on the 25th June 2016 reminded people that they should keep on believing in their values no matter what. They are not alone.

Scroll down for pictures and watch some glorious Latino moves and a fantastic moving choir from the Pride..

Well equipped for the rain or the little drops of sun… 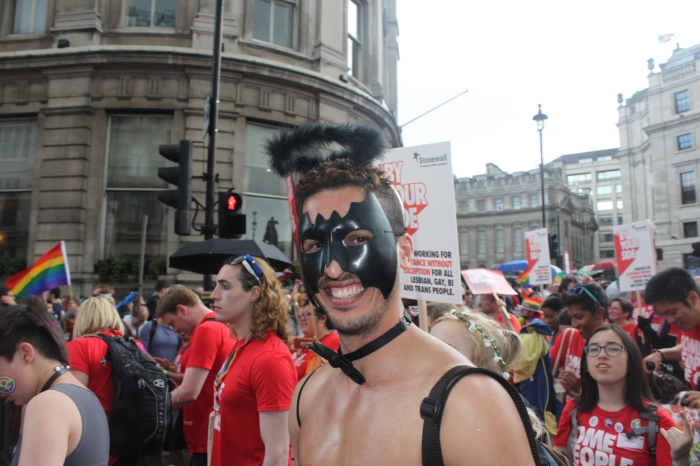